Pen and pastel on paper

Pen and pastel on paper

Seeing Within: Art Inspired by Science

New York, NY Although art and science might be viewed as diametrically opposite, artists and scientists seek answers to the same fundamental questions, trying to understand and visualize the invisible and what it means to be human. Some of the most innovative artists working today are fusing art and science, taking inspiration from science and using scientific techniques in their work. A compelling exhibition at Weill Cornell Medicine’s Samuel J. Wood Library in New York, entitled Seeing Within: Art Inspired by Science, features the work of Jody Rasch, Cheryl Safren, and Julia Buntaine Hoel who use the visual language and findings of biology to create artwork that invites viewers to explore and appreciate the beauty and mystery of biology. The exhibition is curated by Neil Blumstein and organized by LAMINAproject, the hybrid art platform that exhibits and sells art inspired by science by emerging and established artists.

Jody Rasch’s small- and large-format paintings and drawings in the show explore our relationship with biology and nature and the duality of our existence. Some of the images are of viruses and infections such as HIV, e-coli, and salmonella that, while beautiful to look at, belie their destructive qualities, while others represent healing, such as those depicting white blood cells. This paradox is the crux of Jody Rasch’s microbiological work. Rasch transforms biological images from electron microscopy, discovering their underlying patterns and working with color and design to create work that is both representational and abstract. Rasch edits and transforms the scientists’ images, yet his images remain representative of what the scientist would see and recognize. The scale of the actual images contrasts with the size of the artwork and the biological images are massively enlarged to bring them to a more human scale so that the viewer can relate to the elements and themes depicted.

With titles such as Intestinal, Fertilization, Ovum and Sperm & Eggs, biology has clearly influenced the subject of Cheryl Safren’s works, but it is the chemical interactions that give full expression to the images. Cheryl manipulates chemicals on copper plates in a very unique process that is not just about science, it is also art created by science. As the light shifts, the art’s appearance changes. When the light dims or strikes at oblique angles, the color on the copper surface becomes saturated. Shifting light on the copper surface and viewer movement are the kinesthetic forces altering perception, allowing viewers to see the works with fresh eyes each time they look at them.

Julia Buntaine Hoel is represented with a series of digital collages on aluminum entitled Thoughts.  Stunning fluorescent images on a black background, these works explore the morphology of varying groups of neurons, formed by overlaying the cell bodies. They prompt viewers to think about the shape of thought. As the artist explains, “Beginning with biological form or data, my work departs into the world of aesthetics as I manipulate the idea through the use of scale, metaphor, material and form. Unlike articles and raw data, scientific ideas in the form of art inherently demand subjective judgment and interpretation, and my goal as a science-based artist is to provide my viewer an alternative way to understand the wonders of biology we have discovered in ourselves.”

Jody Rasch studied at the Arts Students’ League of New York and The School of Visual Arts in New York. His work has been shown in solo and group exhibitions at museums and galleries nationally, including most recently at the David J. Sencer CDC Museum: In Association with the Smithsonian Institution in Atlanta; the American Association for the Advancement of Science (AAAS), Washington, DC; and CONRAD New York Downtown, NYC; and previously at Sideshow Gallery, Brooklyn NY; Katonah Museum of Art, Artists' Association, Katonah NY; Rush Arts Gallery, NYC; Lana Santorelli Gallery, NYC; and Columbia University, NYC; among others. Rasch’s work can be found in private and corporate collections, including the Pfizer Corporation in New York and Colonial Penn Insurance Company in Philadelphia. Rasch is represented by LAMINAproject.

A native New Yorker, Cheryl attended the High School of Art & Design and Pratt Institute.  She then moved to the Midwest for several years, where her work was inspired by the patterns inherent in the physics and engineering of the area’s industry.  Upon returning to New York, Cheryl shifted her focus to patterns in nature and began researching simple organisms. Cheryl continued going up the evolutionary trail.  By 1990, she was exploring cell biology in humans and was featured in a one-person show at the American Association for the Advancement of Science (AAAS), in Washington, DC. Cheryl has exhibited extensively, with solo and group shows in the US and overseas. In 2017, she was one of two Americans selected for the exhibition Responding to Climate Change in Daejeon, South Korea and in 2019 was chosen to participate in Woman Forward, Part 2: Innovative Women at the Williamsburg Art & Historical Center in Brooklyn.  Cheryl’s work has been reviewed in both art and science publications, including Hyle, Chemical and Engineering News and National Geographic Science. Her work is included in private and public collections, such as Marine Biological Labs in Woods Hole, MA, the School of Forestry at the University of Georgia, and Wyeth Pharmaceuticals, among others. She has been awarded public art commissions in states across the nation.

Julia Buntaine Hoel is a conceptual artist and founding Executive Director of SciArt Initiative. Julia attained her double BA in neuroscience and sculpture from Hampshire College, her post-baccalaureate certificate in Studio Art from Maryland Institute College of Art, and her MFA of Fine Arts from the School of Visual Arts. She has exhibited nationally and internationally including shows in New York City, Washington D.C., Amherst, Baltimore, Seattle, Madison, Princeton, London, Toronto, Knokke, Sofia, and others. Her work can be found in the permanent collections of New York University and Johns Hopkins University, and has been featured in The New York Times, Forbes, and Smithsonian Magazine, among others. She also teaches, consults, curates, and frequently writes about art, and holds positions at multiple academic institutions where she helps generate science-art-technology collaboration and curricula. Julia is based in Boston, MA.

LAMINAproject is an innovative hybrid art platform that exhibits and sells artwork by emerging and established artists online and through physical exhibitions, pop-up exhibitions, public/private projects, site-specific installations and art fairs. LAMINAproject draws together artists sharing an underlying philosophical, rather than stylistic, unity; artists finding inspiration on the cutting edge of scientific knowledge. Their work integrates ideas, images and metaphors of science to communicate fundamental truths about the world. It is art that allows our perspective to shift from surface appearance to the hidden forces and structures ordering the universe, rendering the unseen seen. LAMINAproject presents art that is not ‘about science’, but rather about the fundamental underlying realities revealed by the tools, concepts, principles and images of science. 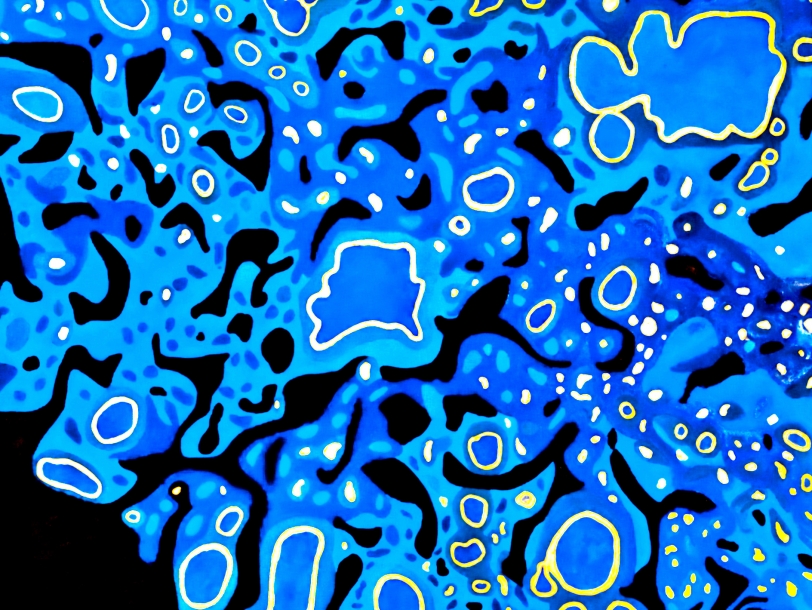 Although art and science might be viewed as diametrically opposite, artists and scientists seek answers to the same fundamental questions, trying to understand and visualize the invisible and what it means to be human. Some of the most innovative artists working today are fusing art and science, taking inspiration from science and using scientific techniques in their work. A compelling exhibition at Weill Cornell Medicine’s Samuel J. Wood Library in New York, entitled Seeing Within: Art Inspired by Science, features the work of Jody Rasch, Cheryl Safran, and Julia Buntaine Hoel who use the visual language and findings of biology to create artwork that invites viewers to explore and appreciate the beauty and mystery of biology.

View More
Back To Top